Masters Degrees in Econometrics and Actuarial Science and is a Certifying Actuary. He started his career in 1996 at NN/ING and worked as actuary and manager in the field of employee benefits, pensions and reinsurance. Since 2014 he works in the actuarial consultancy. The first 1.5 years at Milliman and afterwards self-employed. Peter joined Posthuma Partners in October 2015. He fulfilled amongst others positions the position of Chief Risk Officer for three reinsurance entities in the Netherlands and Ireland. Peter has broad experience in the area of risk management.  He is fellow of the Dutch Royal Actuarial Association and is active in several committees. He is head editor of De Actuaris, which is a two-monthly magazine published by the Dutch Actuarial  Association, for almost five years. Key words are strong analytical power, pragmatic attitude, helicopter view and ability to explain and translate complex matters. 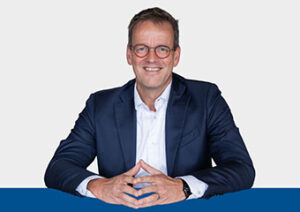